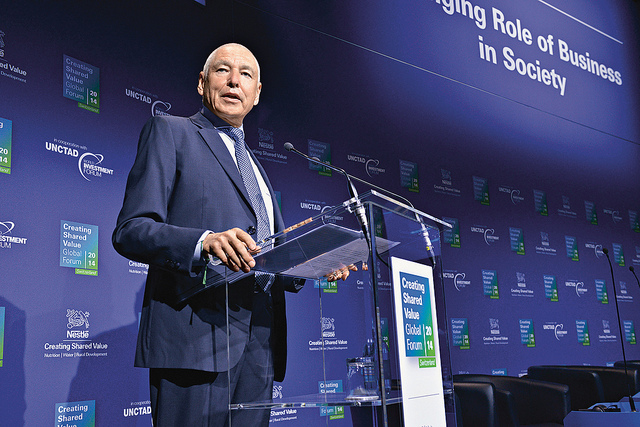 Peter Brabeck-Letmathe, the current chairman of Nestlé and former chief executive of the Swiss food and drink group, will stand down from his post in 2017, according to a report from Reuters. Brabeck-Letmathe will also step down from Exxon and L'Oreal. The current chief executive of Nestlé, the world's largest food producer with sales of $100bn, is Belgian Paul Bulcke who has been in post since 2008, though he has been with Nestlé since 1979. Brabeck-Letmathe was both CEO and chairman of Nestlé from 2005 to 2008. He started work with Nestlé as a salesman in 1968.
Want to read more? Register with a few details to continue reading this article or log in.
For thoughtful journalism, expert insights on corporate governance and an extensive library of reports, guides and tools to help boards and directors navigate the complexities of their roles, subscribe to Board Agenda