The UK governance code now includes requirements for a “viability statement”—a fresh challenge for non-executives that demands a robust process. 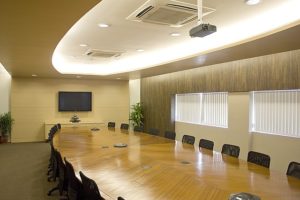 Changes to the UK Governance Code have introduced a director’s “viability statement” into annual reports for years beginning on or after 1st October 2014.

The new statement, which provides a significant challenge for non-executive directors, aims to provide shareholders with an improved understanding of boards’ views on risk and the longer-term viability of companies.

1. Focus on the right risks

The first challenge is whether the board has identified and focused on the relevant risks. Companies should already be disclosing their principal risks and how such risks are mitigated. However, the amendments to the code present an opportunity to reassess the appropriateness of such disclosures.

In particular, do they focus on those risks that threaten the business model, future performance, solvency or liquidity—that is, the threats to survival rather than the critical success factors that companies are generally good at reporting?

The external perspective provided by non-executives can help boards step back to look beyond routine operational challenges in order to focus on plausible “game-changers”—the factors that can’t be taken for granted in the longer term and have the potential for a game-changing impact on the business.

The second challenge for non-executives is ensuring that the period to be covered by the statement is appropriate. The Financial Reporting Council has given a strong steer that it should be significantly longer than 12 months.

The period chosen will be influenced not only by sector (changes can happen faster in some sectors than in others) but also by the extent to which any risks have crystallised as present threats for the particular company.

A major factor will be the company’s existing planning horizons. The code is intended to improve longer-term planning so, where different planning horizons exist, non-executives might encourage boards to adopt the longest period over which they consider their forecasts to be reasonably reliable in the context of assessing viability.

It seems likely that for most companies this will be in the three to five-year timeframe. However, non-executives might wish to ensure that the disclosure makes clear that this is not the limit of the board’s planning considerations, and that the board has no reason to believe that the company will not be viable beyond the formal confirmation period.

The viability statement should be based on a robust assessment of the risks that threaten the business model, future performance, solvency or liquidity of the company, including its resilience to the threats to its viability posed by those risks in severe but plausible scenarios.

The key question for non-executives relates to what constitutes a “reasonable expectation” as to longer-term viability.

Non-executives should consider whether the assessment is as thorough as is judged necessary to make a soundly based statement. Stress-testing and sensitivity analysis will often be useful in making this analysis.

The answer may rest in whether the process for assessing the prospects of the company was a reasonable one, given the significant inherent uncertainty of a long look-forward period. If the process is considered reasonable, then the resulting conclusion might also be described as reasonable.

This is a challenging area for non-executives. But ultimately, if robust processes are in place for assessing risk and the prospects of the company, non-executives should be able to satisfy themselves as to whether the company would survive the perfect but plausible storm. Thus, they should feel relatively comfortable about confirming longer-term viability (subject to any necessary qualifications or assumptions) over their chosen timeframe.