The sudden departure of a CEO, such as the exit of Antony Jenkins from Barclays, can leave an organisation bereft. What is the role of non-executives when no one appears to be at the helm? 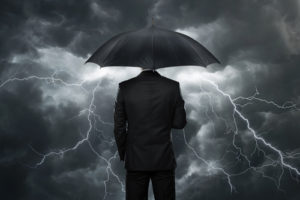 With the average tenure of a FTSE 100 chief executive at five years and two months, it is highly likely that most boards will have to face the transition of the top executive position at one time or another.

Regardless of the reason for the chief executive departure, it can be an unsettling time for the organisation and is a time when the board’s non-executive directors really come into their own to ensure that the transition occurs with minimum disruption to the business.

So, what happens in the particularly difficult situation when the CEO departs prematurely, before a replacement has been appointed? How should the board and the non-executive directors approach what could be a stressful interim period? What responsibilities do they have and what initiatives could they take?

As soon as this situation arises, it is essential that board members remind themselves of their roles and the role of the board:

In a well-run board there is likely to be a close working relationship between the chairman and the CEO. The sudden departure or removal of the CEO can have a detrimental effect on the chairman, who might feel that they are in some way to blame for the loss of the CEO, or they may have had to initiate action to remove the CEO.

There also may be a conflict of interest with the chairman, for example, thinking that they could run the organisation better than the CEO. The chairman in this situation needs the support of the non-executives, and particularly the senior independent director, who may well take the lead in transitioning out the current CEO and finding his replacement.

As soon as there is the merest hint that the CEO is leaving or needs to be removed, then the non-executives should meet off-site to discuss the situation and plan what needs to be done. It is important that they recognise the sensitivities that are involved.

The other executives, senior managers and many of the staff are likely to feel a certain degree of loyalty to the CEO, whose departure is likely to be highly destabilising.

The removal of an unpopular, ineffective CEO may create a sense of relief or even euphoria, but it is still likely to distract executives and managers from running the business.

The loss of a highly regarded, visionary CEO is likely to be felt much more keenly, leaving the organisation in a state akin to mourning, which may last some time.

The loss of a highly regarded, visionary CEO is likely to be felt much more keenly, leaving the organisation in a state akin to mourning, which may last some time.

The non-executives need to ensure that the remaining executives are stabilised and supported to communicate clearly, often and honestly with staff, customers and suppliers. Non-executives, led by the chairman or SID, should take the lead in communicating with shareholders and regulators to minimise any fallout the CEO’s departure may cause.

An effective strategy that I have seen work well in this situation is to have individual non-executives “buddied” with executives, often on the basis of their specialisations.

For example, the audit committee chairman, with a financial background, will be buddied up with the chief financial officer.

This provides each executive with individual support through the transition, enabling them to address their own anxieties and provide personal feedback to the non-executives.

Staff morale will almost certainly take a dip when the CEO departs abruptly. If the CEO has been fired then it is even more important not to ignore how the dismissal will affect remaining staff members and the executive team; internal communications are even more important than external ones in this instance.

Non-executives should work with the remaining executives to ensure that the board works to the values that have been articulated for the organisation.

For example, a company that has, as one of its core values, “treating everyone with fairness, consideration and respect”, needs to take extra care to be seen to demonstrate those values when dealing with the most prominent member of staff—the CEO, especially if the CEO has had to be removed for wrongdoing.

Staff can quickly pick up on double standards with respect to an organisation’s values, and the non-executives have a role in supporting the executives to maintain a consistent message with regard to the CEO’s departure.

This underlines the importance of the board in establishing a clear vision, mission and values for the organisation at the outset, and reviewing and maintaining them on a regular basis. It is much easier to explain and communicate a CEO departure if staff, customers, suppliers and other stakeholders are familiar with them.

The board should also have an up-to-date succession plan for executives, the senior management team and key position holders to minimise the disruption that can be caused by any sudden departures.

It can be a highly charged, emotional, time and the non-executives need to be a calming influence whilst providing strong leadership and clear direction.

Non-executives on the remuneration committee should make sure that the succession plans are in place, realistic and include emergency as well as short-term, long-term and planned succession.

The board should also ensure that there is a strong emphasis on executive and senior manager development, particularly leadership development, in order that they are ready to fill the void left by the departing CEO.

Throughout the process of transition from one CEO to another, board directors need to remember that their number-one responsibility is to the business, to ensure that the impact to it is minimised and that it can continue to operate effectively.

It can be a highly charged, emotional time and the non-executives need to be a calming influence, whilst providing strong leadership and clear direction.