Insurance consolidator appoints Henry Staunton to lead the board, his second FTSE 250 chairmanship. 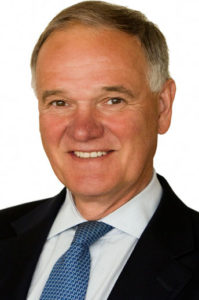 Staunton, a former finance director of ITV, has chaired WHSmith since September 2010, and is chairman of the rent-to-own company Brighthouse. He is also a non-executive at Capital & Counties Property.

Staunton is not without experience in insurance. From 2004 to 2013 he was a non-executive and chairman of the audit committee at Legal & General. He has also served as senior independent director at Merchants Trust plc.

He said: “Phoenix has achieved an enormous amount in recent years and is now in a strong position to grow and develop.”

In March Phoenix admitted in a statement that new capital requirements would hit its cash generation in 2015.

Chief executive Clive Bannister told the Financial Times that the company was being cautious and the problem was expected to be temporary. He is reported saying the company was in a “sound” financial position and would be well capitalised under the new regulation, Solvency II.

Sir Howard Davis is moving on to become chairman of RBS.