Norway’s central bank spotlights ethics in Asian corporates by excluding investment in more than 50 companies, including its own oil fund, due to rainforest concerns. 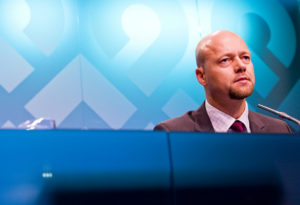 Norway’s central bank has excluded its national oil fund from investing in four of Asia’s biggest companies because of concerns over severe environmental damage at Indonesian palm oil plantations.

The oil fund—known as the Government Pension Fund Global (GPFG)— is the world’s largest sovereign wealth fund and has already excluded more than 50 companies, including Boeing, British American Tobacco, Rio Tinto and Walmart.

The four Asian giants to join this list are Daewoo International and Posco of South Korea, and Genting and IJM of Malaysia. According to the Financial Times, the fund owns on average about 1.3% of every stock in the world and is usually followed closely by other investors on ethical matters.

Norges Bank bases its decisions on recommendations from the Norwegian Ministry of Finance’s Council of Ethics. The council warns that industrial group Daewoo and its parent company, steelmaker Posco, should be excluded because of risks over the conversion of tropical forests in Indonesia into palm oil plantations.

The GPFG owned 0.9% of Posco at the end of 2014, worth $198m, and 0.3 % of Daewoo, worth $9m. Genting and IJM, two of Malaysia’s leading conglomerates, focused on casinos and construction respectively, were also excluded because of Indonesian palm oil plantations. The oil fund owned 0.4% of Genting, worth $41m, and 1.6% of IJM, worth $46m, at the end of 2014. It normally sells out of its positions before excluding companies.

Who is currently excluded and why?

Norges Bank keeps a list in the public domain of the excluded companies, explaining why each one has been excluded. Companies on the list have been set aside for a number of ethical reasons.

The majority are excluded due to the “production of weapons that through their normal use may violate fundamental humanitarian principles”, including anti-personnel land mines, cluster munitions and nuclear arms.

Alstom SA is also under observation by Norges Bank “due to the risk of gross corruption in the company’s operations”.

“Corruption prevention goes to the heart of good corporate governance.”

Norway’s minister of finance Sigbjørn Johnsen says: “To contribute to good corporate governance and well-functioning markets is an overall goal of the work with responsible investments in the GPFG. Corruption prevention goes to the heart of good corporate governance. We will have a low tolerance for corruption instigated after the company was put on the observation list.”

Among other things, the ministry has attached weight to the fact that Alstom is currently the target of legal proceedings in many different countries, with the outcome remaining unclear.

The council will also conduct further investigation into older corruption cases. Civil activists, however, have grown frustrated with Norges Bank, claiming that it does not go far enough.

According to the FT, activists have said that after a high-profile start in which it excluded producers of tobacco, and weapons such as nuclear and cluster bombs, several decisions on divestments had languished in bureaucratic limbo between the Council on Ethics and the Ministry of Finance.

However, activist groups are also wary of giving too much power to the central bank. In turn, executives within the oil fund are worried about being perceived as a political tool in the countries they invest in.

Norges Bank Investment Management (NBIM) has previously been accused of being an activist in itself due to the way it runs its funds. They push for more transparency, greater accountability and other classic investor-friendly reforms such as the elimination of dual-class shares and more female directors.

In April this year NBIM opposed global power company AES on four corporate governance proposals. NBIM says it will support an activist shareholder proposal to let big shareholders list competing board candidates on AES’s official corporate ballots, as well as a proposal to let holders of at least 20% of the company’s shares call a special shareholder’s meeting.

It also said it will oppose similar management proposals that it calls too limited.

In 2016, following a directive from the Norwegian parliament, the fund will also be required to pull out of any companies that derive at least 30% of their business from coal. By one estimate from The Globe and Mail, it will have to divest more than $8bn worth of assets as a result.

NBIM chief executive, Yngve Slyngstad, has been positioning the company as a more active investor in corporate governance matters. He has been reported engaging more with companies on issues such as climate change and children’s rights.

NBIM revealed it had sold out of 114 companies since 2012, several of which were in the palm oil sector.

In its own report on responsible investing earlier this year, NBIM revealed it had sold out of 114 companies since 2012, several of which were in the palm oil sector.

Trond Grande, deputy chief executive officer of NBIM, tells The Globe and Mail: “We say that we’re active, but not activists. With that, we mean that we’re not passive. We have an enormous portfolio. So what we try to do is to be principles-based in things that we believe in, in terms of good corporate governance.”

He adds: “Our starting point is that generally we support the boards. We leave it to them to decide on the business strategy. We don’t go in and say you should do this merger or that disposal. We’re not activist in that sense. We generally leave it to the board to decide on the compensation packages as well, because we think they are closer to knowing what … the best incentives are.”