The SEC has pushed ahead with a rule forcing companies to reveal how CEO’s pay sizes up to average employees. 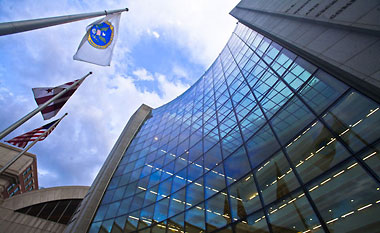 US public companies will have to publish figures revealing the relationship between a chief executive’s pay and that of employees with mid-ranking income, following the adoption of a new rule in Washington.

The Securities and Exchange Commission (SEC) adopted the controversial new measure amid much opposition. But it now means companies will have to disclose the ratio between a CEO’s salary and an organisation’s median pay package.

The rule will apply to larger and mid-sized companies with some flexibility over how the median is calculated.

The US Chamber of Commerce criticised the rule. “At best, pay ratio is a misleading, politically inspired, and costly disclosure that fails to provide investors with useful, comparable data,” said the chamber’s CEO David Hirschmann.

Meanwhile, SEC commissioner Kara Stein, a Democrat who backed the rule, said, according to Reuters, that it “should provide a valuable piece of information to investors.” Republican commissioners voted against adoption.

The rule is one of the most controversial pieces of regulation to emerge in the wake of the financial crisis and directly addresses concern about rising executive pay levels. Dow Jones Business News cited David Larcker, director of the corporate governance research initiative at Stanford University, expressing concern that “an incredibly important and complicated issue” was being reduced to a single ratio. Larker is quoted saying he believed some numbers would be “electrifying” for many workers.