Improving the landscape for small and medium-sized business is not just about moving capital, it is a vast governance project too. 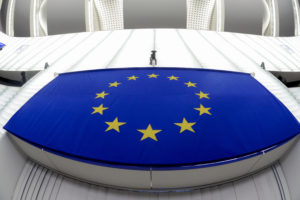 It could all end up being about resources. The drive towards a Capital Markets Union (CMU) is underway in Brussels with interested bodies across the member states making their views heard. But it will not just be a question of changing a few rules or regulations to make it work.

As politicians, regulators, investors and companies consider the implications, it became clear this week that one big issue may be having the human capital inside companies to deal with the increased demand for quality disclosure and governance once CMU is declared live.

The observation came from Keith Skeoch, chief executive of Standard Life Investments, appearing during a panel discussion at the Financial Reporting Council’s (FRC) conference on CMU and governance. Skeoch made the point more than once, and along with it a hope that CMU would also bring harmonised governance. Neither is a small task.

CMU is the EU’s big plan to improve access to capital for smaller companies across member states with a hoped-for deadline of 2019.

In essence it is a grand scheme to improve the movement of investment across borders. The background to all of this is a concern about disappointing economic development among EU states, and a belief that bank lending has failed to provide enough juice to get the business motor running.

If a “little old lady” in the UK invests in a small cap Slovakian business, what assurance will she have that everything is alright…?

It is a big piece of work. But as was pointed out at the conference, if a “little old lady” in the UK is to invest in a small cap Slovakian business, what assurance will she have that everything is alright and she can rely on its disclosures and financial reporting?

That is an important question, but you do not have to travel too far to find the same issues.

A recent consultation paper from the FRC, Improving the Quality of Reporting by Smaller Listed and AIM Quoted Companies, suggests reporting and governance concerns are closer to home. Published in June, the paper concludes that there is a “higher incidence of poorer quality annual reports by smaller quoted companies than by their larger counterparts”.

Smaller companies apparently do not believe their reports are being read; they sometimes lack the skills to do the reporting properly and can also fail to keep up to date with reporting requirements and standards. Business reviews and strategic reports are “not always balanced or comprehensive … or appear to be inconsistent with other information in the annual report”.

Glaring failures include neglecting to identify principal risks along with poor or limited explanations of performance.

On governance, the report notes that smaller companies frequently appoint non-executives “for commercial reasons rather than their independence or financial reporting expertise”.

Assume that the UK’s smaller cap companies are no better, or worse, than businesses elsewhere in Europe and the job of improving all of this starts to look vast. Especially when you consider the human resource that will be needed to do it. And, of course, the cost. The cost, should it be incurred, could start to make capital look a little pricey.

The scale of the potential harmonisation task was illustrated by Dr Manfred Gentz, chairman of the German Corporate Governance Commission, who appeared at the FRC conference and described his country’s dual board system.

Their arrangement has an approach starkly different from the unitary board approach of the UK. Indeed, Gentz’s comments highlighted how a stewardship code, recently introduced in the UK, was unnecessary in Germany because of its dual board system.

How do you begin to bring such a system together with that of the UK’s? Or the French system, or the Scandinavian approach? Is agreement even possible?

The interesting thing about these observations is that though the tasks seem huge, there are also opportunities too.

And if you do that for smaller companies, would that not have implications for the big outfits?

The interesting thing about these observations is that though the tasks seem huge, there are also opportunities too.

Investor protection requires that small company reporting is improved. To push ahead without addressing governance would be to ignore an important element in capital markets. That in turn demands skills, knowledge and capable people. Prepare for this discussion to run and run.