The UK’s governance watchdog is to scrutinise the explanations given by companies for ignoring the country’s governance code. 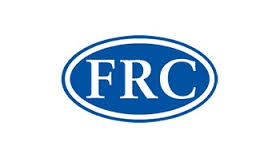 Sir Win Bischoff, chairman of the Financial Reporting Council (FRC), revealed the work during a speech at the annual Grant Thornton Governance Dinner, suggesting there is concern with the way companies manage the UK’s “comply or explain” governance approach.

“The ‘comply or explain’ method of adherence has given companies flexibility and has made it possible to set more demanding standards than can be done through hard rules,” said Bischoff.

“Experience has shown that the vast majority of companies attain these standards—in 2014 we found that 94% of companies complied with all, or all but one or two, of provisions in the UK Corporate Governance Code.

“And by requiring companies to report to shareholders rather than regulators means that the decision on whether a company’s governance is adequate is taken by those in whose interest the board is meant to act.”

He added: “I would like to remind both companies and investors that simply complying without giving due consideration to what is appropriate and relevant reduces the flexibility that this approach aims to achieve. To this end, further work will be conducted during the rest of this year to monitor reporting by companies on explanations given when they are not compliant with the code.”