Tesco’s accounting scandal helps demonstrate that continuous “improvements” underlying the UK Code of Corporate Governance have, over the past 23 years, amounted to little more than a minor facelift. 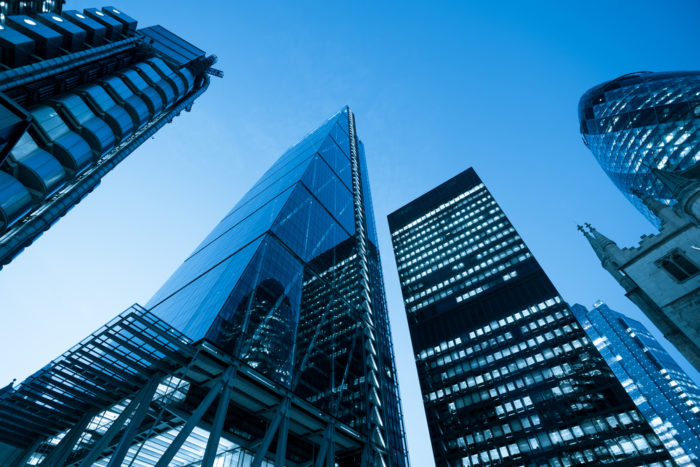 Just six days after Britain unveiled its improved flagship set of guidelines for good corporate governance there was a Tesco-shaped party pooper lurking around the corner.

The supermarket giant admitted to accounting flaws that wiped hundreds of millions off its stock price, graphically demonstrating that the flawed accounting and audit culture that provided the basis for the Cadbury Report in 1992 is still very much present.

It also shows that the claim to continuous “improvements” underlying the UK Code of Corporate Governance has, over the past 23 years, amounted to little more than a minor facelift and offers no greater protection for shareholders, employees, suppliers and others exposed to such scandals.

Of course, the UK is not alone in worrying about this. Major US investment house Vanguard has put its $3trn in assets behind a call for changes in corporate governance, which adds to the pressures to revisit and reform relations between directors and stakeholders. The firm’s CEO, Bill McNabb, is reported as saying: “What you hope it leads to is not a lot of short-termism but discussion about important long-term issues.”

“In response to governance scandals, new versions of the code we have seen during its 23-year-residency have taken the form of self-congratulatory makeovers.”

In the UK, this means taking a fresh, penetrating look at the design and operation of the UK Corporate Governance Code. In the case of Tesco, we were treated to a drip-drip of revelations, from the accounting issues to a fleet of corporate jets and “golden goodbyes” to executives.

In an ideal world, all these problems should have been picked up and examined by the board, and more specifically, the non-executive directors.

In the world of big business, these theoretically independent board members—commonly called NEDs—are the all-purpose remedy for every shortcoming of the governance code. They are responsible for monitoring the auditors whose job it is to monitor the board that of course pays the auditor.

There has been little credible scrutiny of accounts by audit firms partly as a consequence of a collective failure to require auditor rotation (Tesco’s co-habitation with PwC stretches back to 1983).

In response to governance scandals, new versions of the code we have seen during its 23-year residency have taken the form of self-congratulatory makeovers. The basic features of the first incarnation were hurriedly put together by a self-appointed club of City insiders fearful of the threat of statutory regulation.

Their descendants have repeatedly reaffirmed a narrow and elite-centric idea of corporate governance. It extols the natural superiority of the voluntaristic “comply or explain” principle, market-centric monitoring, and enlightened board responses based on nothing but guiding principles and offering “flexibility”. It notes explicitly:

Companies and shareholders both have responsibility for ensuring that ‘comply or explain’ remains an effective alternative to a rules-based system.

It is at heart a celebration of private, voluntary regulation. The code constrains financial accountability to a very limited set of constituencies. Voluntarism is assumed to be effective as well as legitimate, effectively shielding those responsible for corporate governance from the reach of the state and accountability to the public.

While there is little doubt whose interests the code is designed to serve and protect, it is harder to understand how it can “help prevent misconduct, unethical practices and support the delivery of long-term success” as it claims to.

In the case of Tesco, we find that the code continues to make boards responsible for reviewing and monitoring the “external auditor’s independence and objectivity and the effectiveness of the audit process”. It also places its faith in internal procedures for whistleblowers. The claim that the Tesco whistleblower raised concerns with superiors but “failed to get traction” demonstrates how such prescriptions are comfortably circumvented.

As successive other scandals have shown, the ineffectiveness of the code as presently constituted and policed is a threat to all stakeholders with a long-term interest in sound corporate governance.

The stated goal of the Cadbury Report, which initiated the code, was “to contribute positively to the promotion of good corporate governance as a whole.” If that is to be achieved, then regulation must no longer privilege short-term shareholders, or executives with salaries and bonuses tied to immediate profits and stock performance.

It is also not enough to put our faith in the capacity of institutional shareholders to provide a normative kind of oversight. And it is certainly not enough to keep putting our faith in the same tired recipes for “good governance” that the code keeps endorsing, such as better information flows in the interest of market oversight, the improvement of board culture and reflection on comply or explain, or the improvement of the functioning of NEDs.

Instead, the long-term interests of company employees, suppliers, investors, pension fund contributors and the British public must be considered.

The option of statutory enforcement merits careful consideration. A range of measures, including audit by accredited agents contracted by statutory inspectorates, should be evaluated for their capacity to detect, correct and eliminate abuses by boards, auditors, NEDs and short-term investors.

It is time for the UK once again to take the lead in corporate governance by developing a more inclusive and public-spirited model of the nature, purpose and accountability of corporations. The time for makeovers of the code is past. Its replacement is overdue.

Jeroen Veldman is a senior research fellow, and Hugh Willmott is professor of organisational studies, at City, University of London.